The True Value of Energy

In Physics you learn that energy never dies, that it just changes form.

The same is taught in Buddhism.

From the essay “Mentors” in Art is Work by Milton Glaser, he tells this story:

“I had another mentor in a friend named Albert Rudolf, sort of self-invented swami. He studied in India, became Rudi, was anointed as a swami, came back and taught what is called Kundalini Yoga, which is a rather esoteric form of yoga based on the idea of releasing the serpent power at the base of the spine. I don’t think I ever released my serpent power, but it was a great privilege to know him.

One day we were sitting in his store, and a shipment of 100 Tibetan bronzes arrived. They were unpacked, and Rudi took ten or twelve and put them in a case. People came in and pointed to one and they’d say, “How much is that?” Rudi answered, “$1400.” They would point to another one and Rudi would say, “$800” Someone else would come in and point at another and Rudi said, “$1200.” At the end of the day I turned to Rudi and said, “Hey look, where are these prices coming from? You bought 100 pieces. You paid for them collectively. You don’t have any idea how much each piece costs. You don’t even know very much about Tibetan bronzes. You don’t know from what year they are from or how scarce they are. Where are these prices coming from?” “Look stupid,” he explained, “Every work of art is a vehicle for the creator’s energy. That energy lasts forever. I am an expert on energy. I see how much energy is coming out of the piece, multiply it by five and that’s where the price comes from.

At the time I thought that was absurd. But now, I think he was exactly right.There is no other way to ascertain the value of a work of art.

I remember this story well. It stuck with me over the years. At the time I was a little disappointed, because I thought, ahhhh, only if you can read energy can you tell anything about a creative work. But now, I disagree with this interpretation, I suspect we all naturally posess the ability. This explains why some pieces of art have remained masterpieces over centuries. Their energy stays and we as human beings respond to the energy of other human beings (even if we are not aware of it). We are lifted, we are moved, we are enriched by the experience. We feel something.

Why is it not the same seeing a work of art on the TV or in a book as opposed to being in the room or in the building next to it? Possibly the medium dilutes the energy which dilutes the experience. Music is probably one of the easiest art forms to be conscious of the difference. The impact of experiencing a live concert over listening to a recording of the same concert…

But how does all this relate to design? There are very different motivations behind design and fine art. However, the experience of creating something is very similar, I believe.

Another similarity is the energy of the process. In any creative pursuit, the act of making is the exciting / compelling part. It’s not about the finished thing. In fact often artists say a true work of art is never finished. Maybe they don’t want to stop that thrilling feeling of energy charging through them?

My mentor, Milton Glaser, believes that the more energetic the process of making the more satisfying the end result is (To Inform and Delight).

Could it be that the greatest works of art are so because of the energy they harness? Does that then mean that great artists have a heightened ability to channel energy, to transfer it from themselves into their work?

Could it be that great designers have a similar ability to channel energy into their work. resulting in graphics, animations, products, interiors whatever…  that have greater, more powerful reach? Are able to connect more deeply with their audiences because of the energy they contain?

Maybe it is just superficial, lacking in energy, weak in vitality? Is this what you get when you go online and pay nothing for 100 designs to chose from? Who creates them? How do they go about creating them? Does the end result have any value? Does it have energy. Does it have power to connect to someone other than you? Will the designs do anything more for your business than you paid for them? Can you as a business expect much from them? Does it really matter? Does it matter what font they use, what colors? Is that all there is to it? Or it there more?

Is Energy something that human brains subconsciously read and respond to? 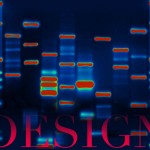 OLDERA Warning to All Spambots